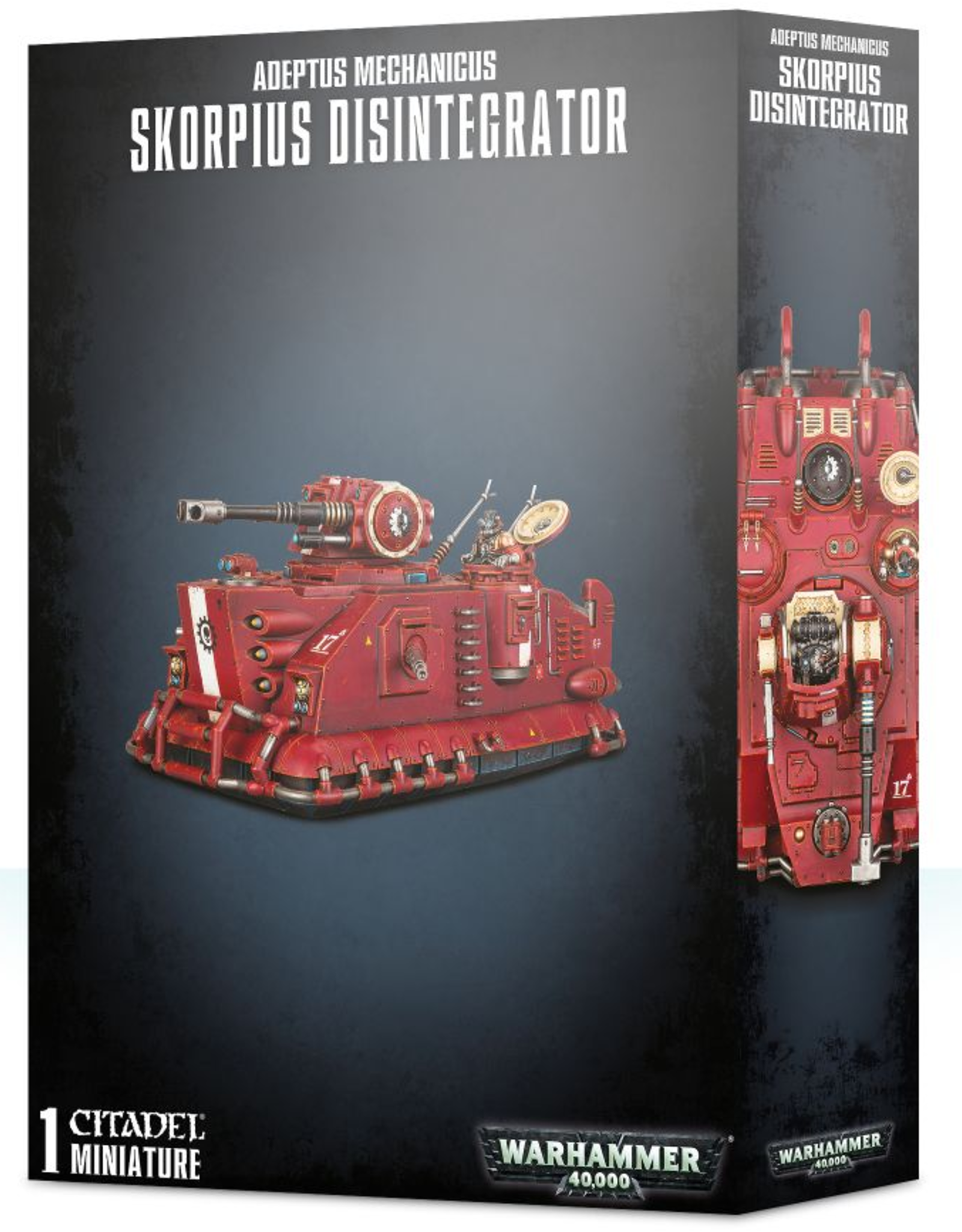 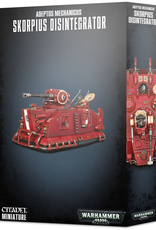 In addition to its flanking pair of cognis heavy stubbers, and prow-mounted disruptor missile launcher, the Skorpius Disintegrator bears a ferrumite cannon or a voltaic belleros energy cannon. Its primary turret weapon is manned by a Servitor gunner that has been hard-wired into the weapon for optimal performance.

The multipart plastic kit is comprised of 104 components. It can be assembled with a crewman set in one rear cupola, or with both hatches closed.

The Skorpius Dunerider is a Dedicated Transport vehicle for Skitarii infantry, and is able to carry 10 of them within the walls of its armoured hull.

The multipart plastic kit is comprised of 104 components. It can be assembled with a crewman set in the second rear cupola, or with its hatch closed. The disembarkation ramp is designed to be moveable so it can be opened or closed during a game, though it can be glued in place if desired.