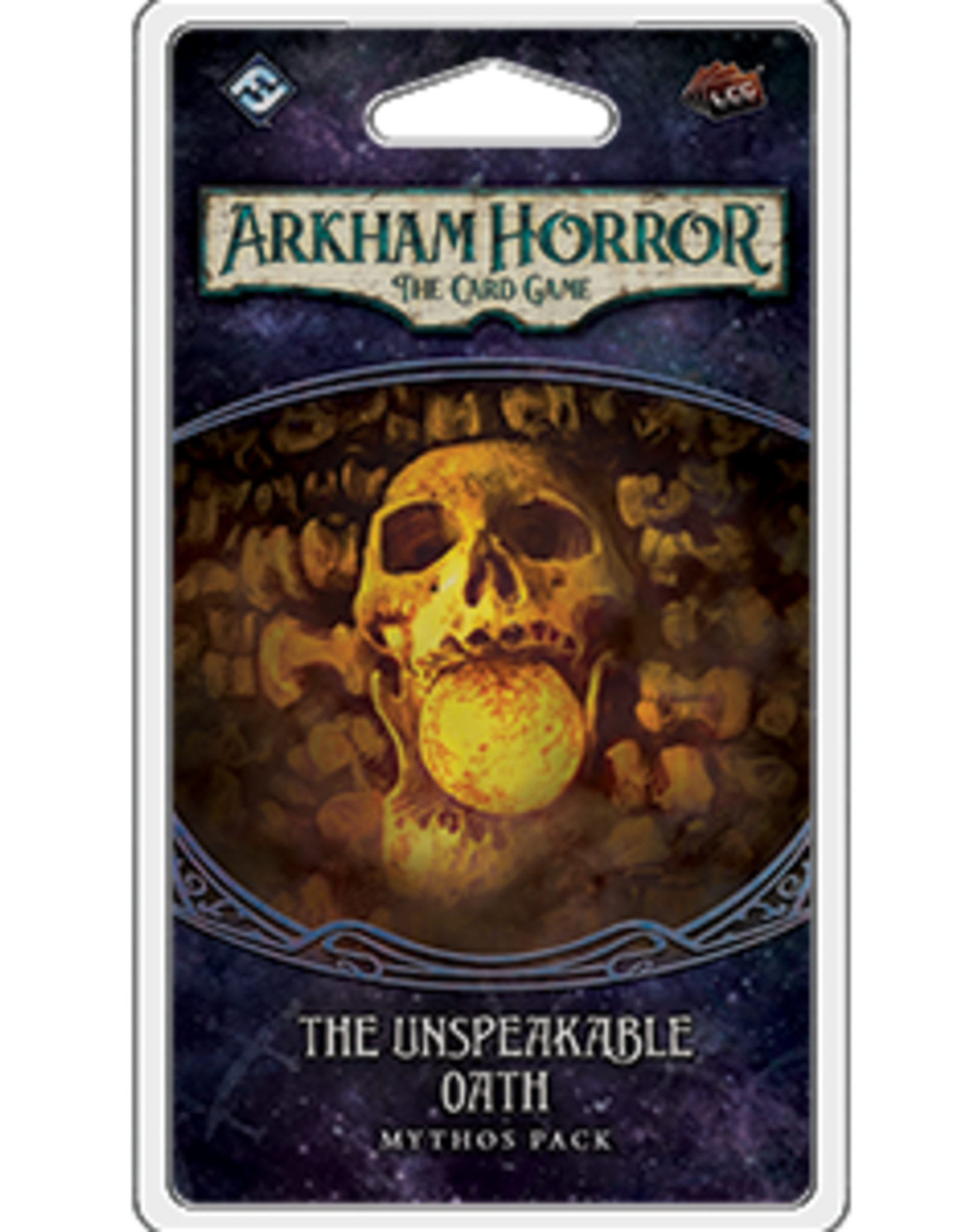 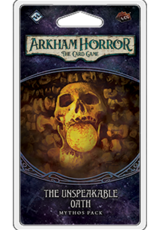 It was always going to come to this… you're finally headed to the asylum.

The Unspeakable Oath is the second Mythos Pack in The Path to Carcosa cycle for Arkham Horror: The Card Game, and it carries you deep into the belly of Arkham’s asylum. You’ll find yourself behind locked doors, wracked by Doubt, and surrounded by Lunatics. And, still, you’ll catch hints of deeper and darker secrets.

And while its scenario continues and deepens the game’s exploration of the mystical realms between the traditional roleplaying and card game experiences, its twenty-four player cards (two copies each of twelve different cards) provide you access to a number of wealthy Patrons and allow you to “learn” from your mistakes.

This is not a standalone product. It requires the Arkham Horror: The Card Game Core Set and The Path to Carcosa deluxe expansion to play.