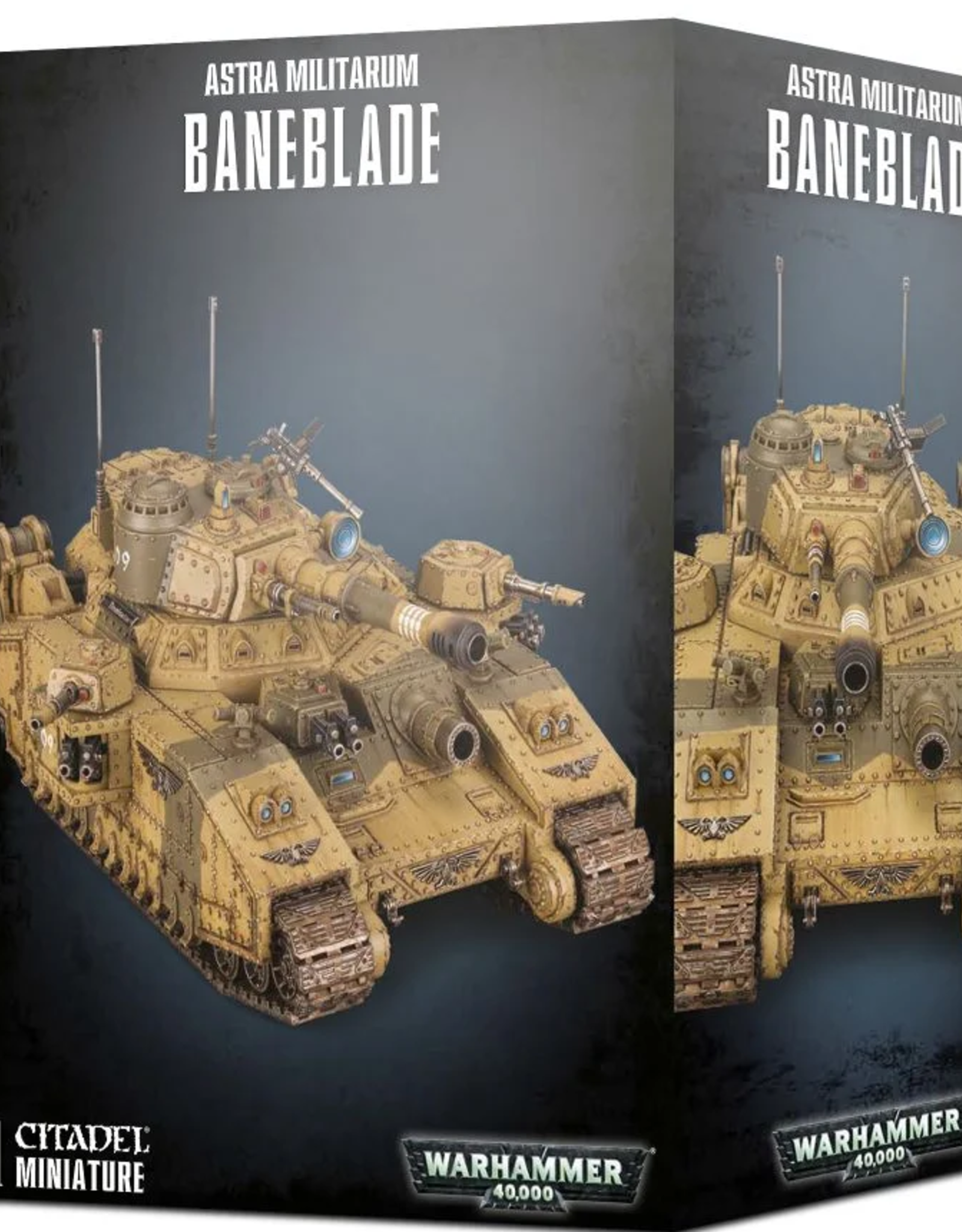 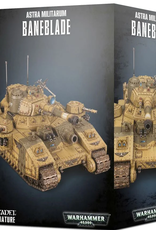 The Shadowsword is armed with a fearsome array of weapons – none more so than the mighty volcano cannon on its turret. It can also be equipped with a pair of sponsons sporting a twin heavy bolter or twin heavy flamer, each capped by a lascannon turret!

The kit includes a huge array of accoutrements, including aerials, artillery shells, smoke launchers, searchlights, tools, name plates, pintle-mounted heavy stubbers. On top of this you also get 3 optional turret-mounted crew who come with a variety of heads, arms and weaponry, allowing you to make an officer, driver or gunner. Alternatively, you can assemble the turret with a closed hatch. There are also parts for you to make an Astra Militarum officer on foot (supplied with a Citadel 25mm Round Base).

This multipart plastic kit contains a whopping 295 components. The kit includes the parts to assemble the kit as a Baneblade, Hellhammer, Banesword, Stormsword, Banehammer, Doomhammer, or Stormlord super-heavy tank instead of a Shadowsword. Also included is 1 Astra Militarum Vehicle Transfer Sheet, which can be used to add markings and insignia.