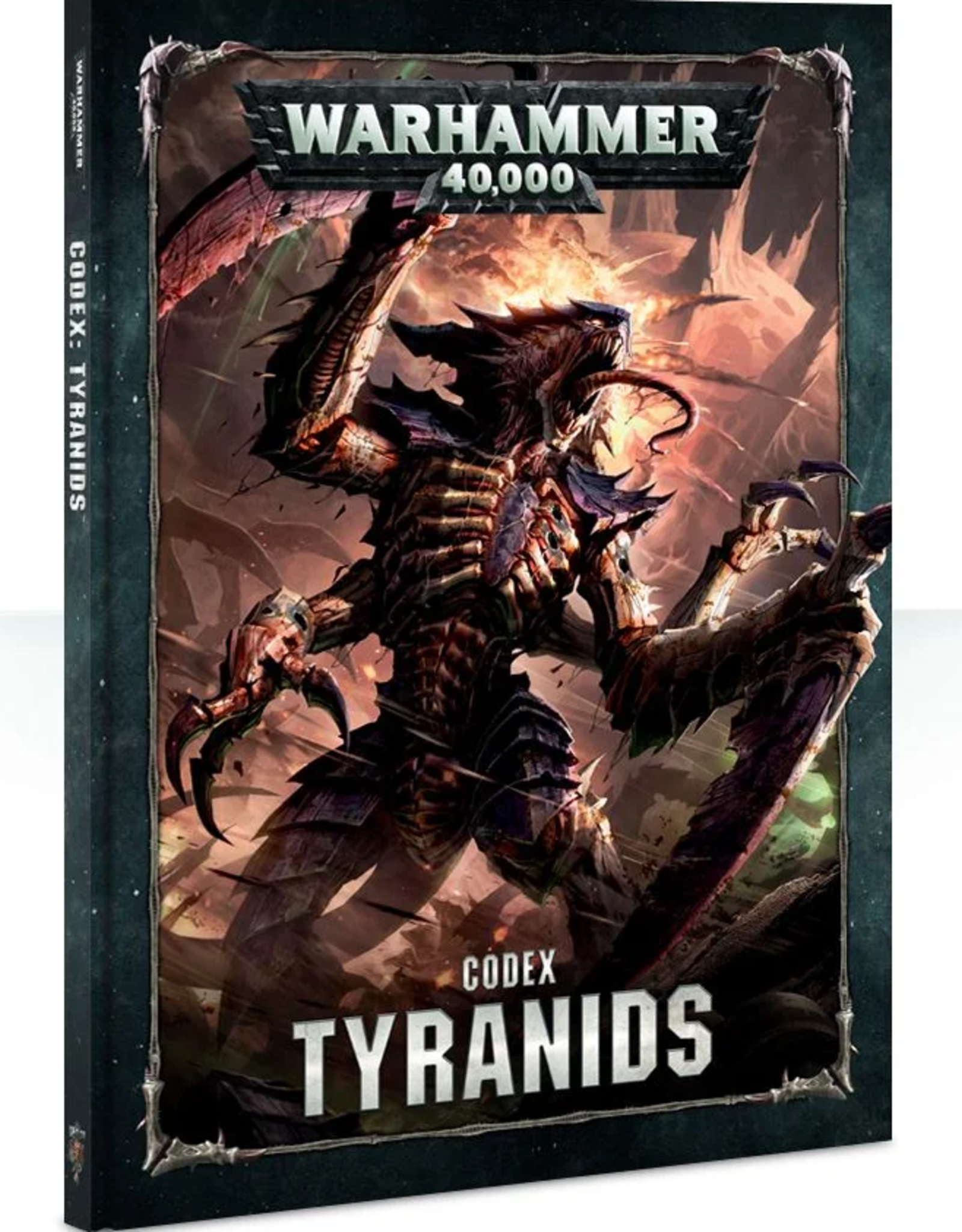 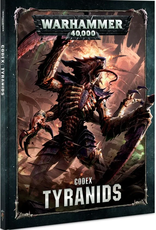 Within this 128-page hardback, you’ll find:

- The Destroyer of Worlds: the origins of the Tyranids, from the first recorded appearance of their Hive Fleets to their seemingly-unstoppable advance throughout the galaxy, along with details of the manner in which their Hive Minds operate;
- Invasion Swarms: a step-by-step guide to a Tyranid invasion, from the vanguard organisms who seed initial terror through to the swarms of feeder organisms that ultimately strip entire worlds bare;
- Detailed background of the following Hive Fleets: Behemoth, Kraken and Leviathan, with dramatic recounting of famous battles and colour schemes for each;
- Tendrils of the Great Devourer: Information and colour schemes for a further 6 Hive Fleets – Jormungandr, Hydra, Gorgon, Kronos, Tiamet, and Ouroboris;
- A galactic map showing the currently-known major Tyranid incursions;
- Background and details on each character and unit available to a Tyranid army;
- A showcase of beautifully painted Citadel miniatures, with example armies featuring everything from individual images of models to battle scenes on terrain.

Everything you need to get a Tyranid army primed for games of Warhammer 40,000 is in here:

- 39 datasheets containing rules for every Tyranid unit and miniature;
- Army abilities reflecting the Tyranids’ methods of war on the tabletop;
- Weapons of the Hive Fleets: wargear both ranged and close-combat for use by Tyranid Swarms;
- Points values for all miniatures, weapons and wargear for use in Matched Play games;
- The Shadow in the Warp: rules for Battle-forged armies, including:
- Hive Fleet Adaptations for the following 7 Hive Fleets: Behemoth, Kraken, Leviathan, Gorgon, Jormungandr, Hydra and Kronos;
- 6 unique Warlord Traits available for any Tyranid commander;
- 7 Warlord Traits specific to the above-named Hive Fleets;
- 28 unique Stratagems;
- Bio-artefacts of the Tyranids: a selection of 12 rare weapons, spawned by the Hive Mind to ensure the galaxy’s doom;
- Hive Mind Discipline: 6 psychic powers available to any Tyranids model with the Psyker keyword;
- 6 unique Tactical Objectives.