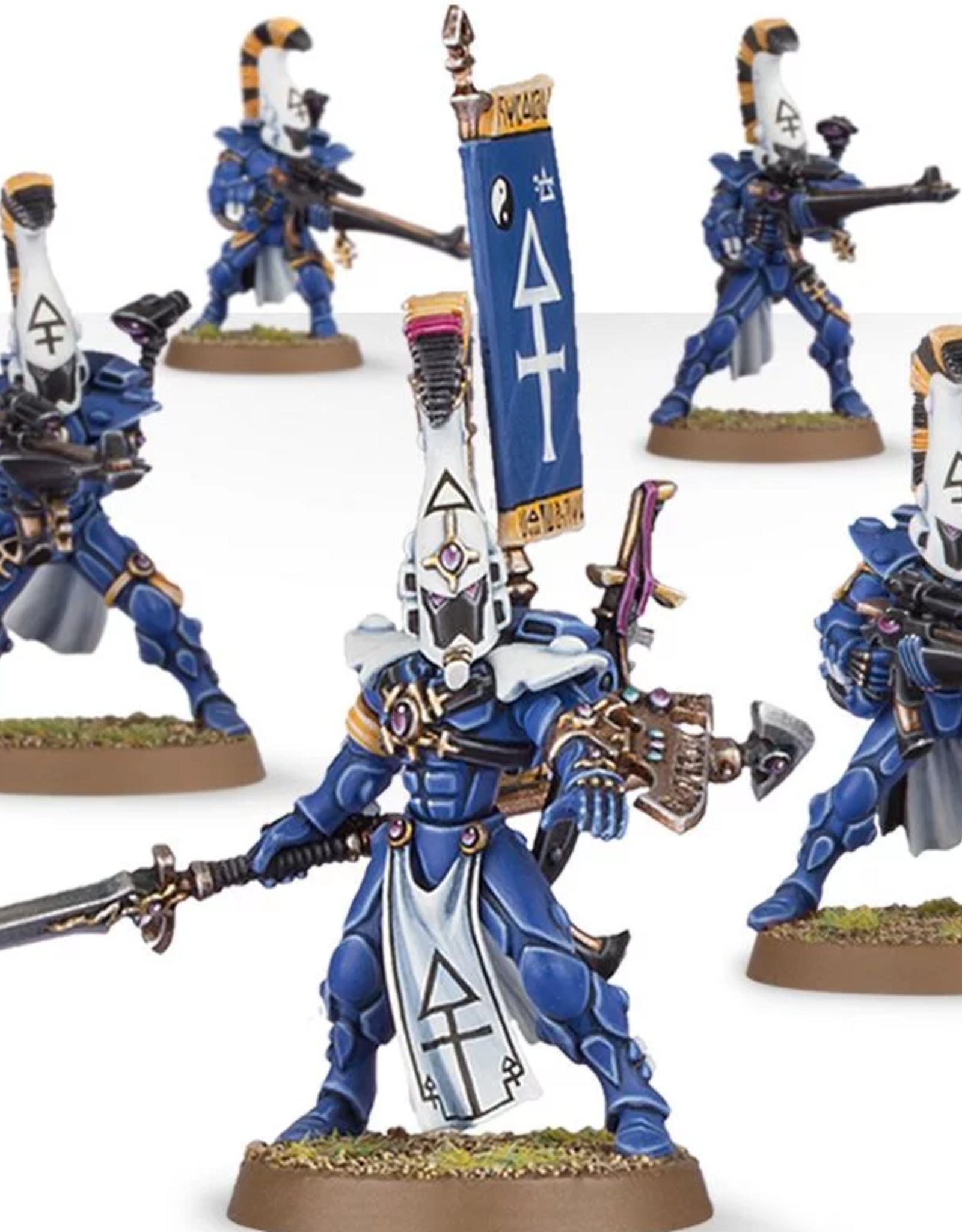 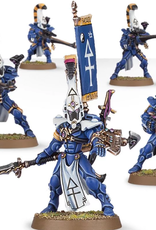 The Dire Avengers in this kit are all armed with Avenger shuriken catapults, as well an enough extra parts for each to be equipped with their own ammunition pouches. There are optional parts to make an Exarch who can be armed with a shuriken catapult, two shuriken catapults, a diresword and a shuriken pistol, or a power weapon and shimmershield. Also included is a choice of two Exarch heads (1 helmeted, the other bare) and an optional back banner to further distinguish the unit's leader. As well as this, there is a small statue of Asurmen included on the frame.

This multi-part plastic kit contains 42 components and an Aeldari Transfer Sheet with which to make five Aeldari Dire Avengers, or four Dire Avengers and one Dire Avenger Exarch. Add more boxes to your cart to build up a bigger core of infantry for your collection.