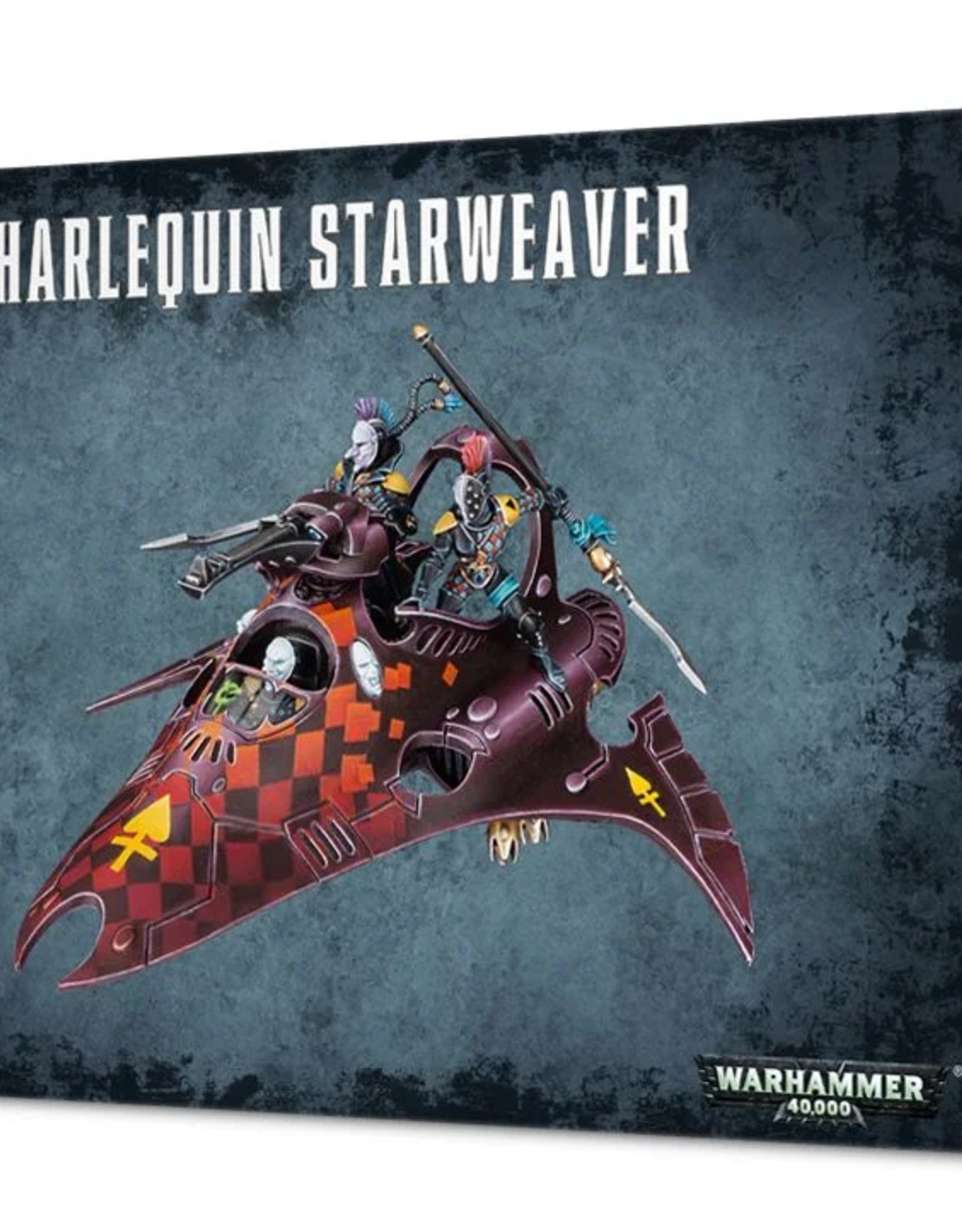 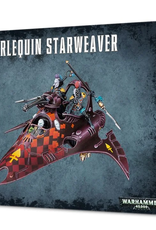 This box contains everything you need to make either a Starweaver or a Voidweaver. Both variants are made from the same chassis, with the choice of crew and weapon mounts determining the type that you complete.

The Voidweaver is a mobile gun platform armed with 2 shuriken cannons, one is under-slung beneath the front of the vehicle and the second is rear-facing and mounted on the platform on the top of the Voidweaver. You also have a choice of either a pintle-mounted haywire cannon or a prismatic cannon and the option to add 3 banks of mirage launchers. There is a separate gunner model who can be assembled so that he is standing, attached to either the top shuriken cannon or pintle-mounted weapons.

Whichever variant you decide to make, both bikes have the option of 9 pairs of masks that can be added to the side of the vehicle. There are 5 heads with space to add one of 10 individually designed masks for both the pilots and crew, as well as 2 completely masked heads. Also included are 2 clear canopies that can be glued on to completely enclose the cockpit, or used to just cover the lower section.

This multi-part plastic kit contains 94 components with which to make 1 Harlequin Starweaver or Voidweaver. Also included is 1 large flying base and a Harlequins transfer sheet.