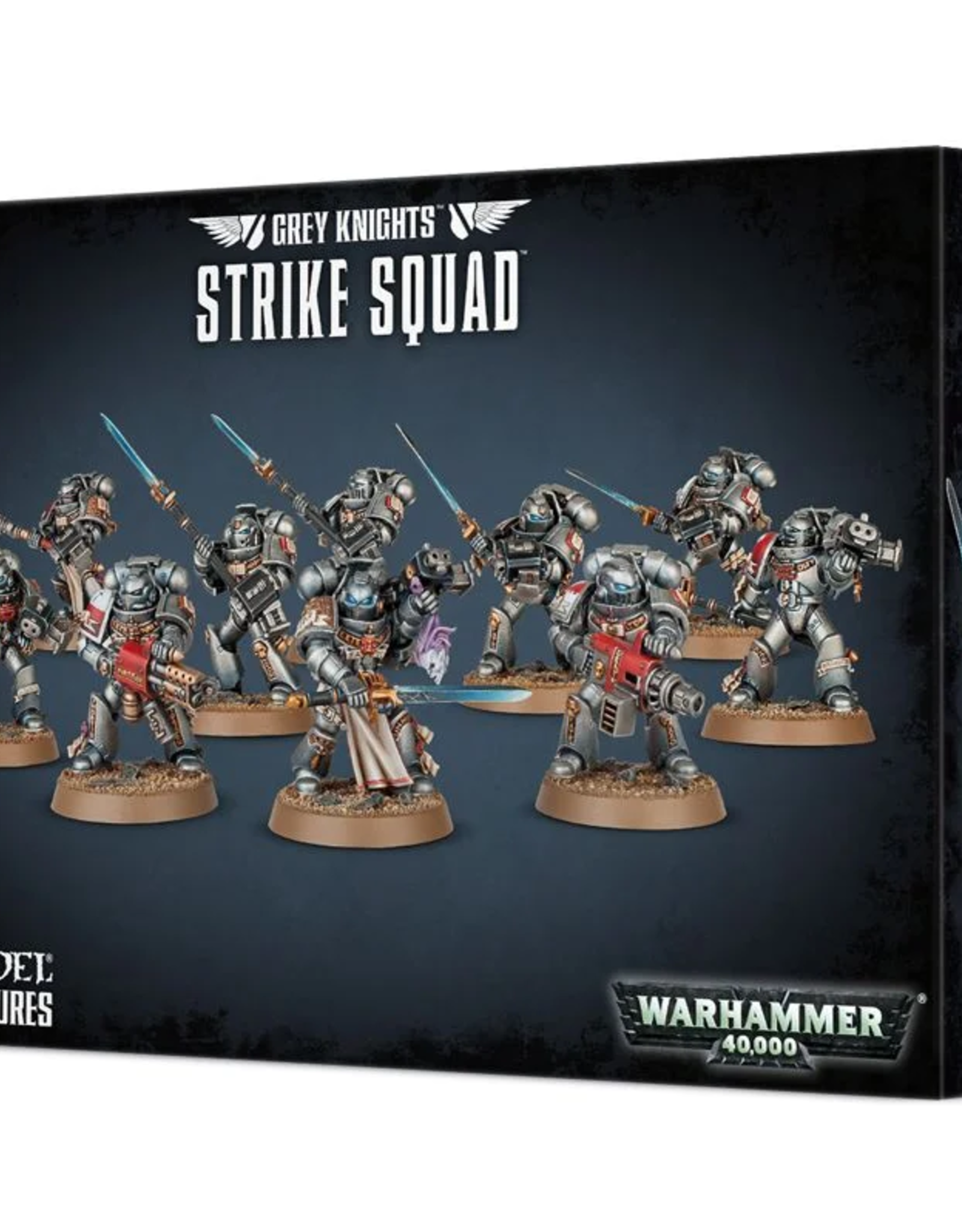 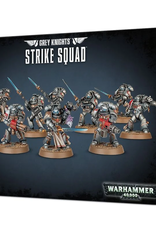 This multi-part plastic kit contains ten Grey Knights with Nemesis force swords, one of which can be built as the unit leader, a Justicar. The models are covered in the inscriptions, purity seals and other details you would expect from this army, and the Justicar features a unique helmetless head. There is an array of weaponry and unit upgrades including Nemesis falchions, Nemesis force halberds, a Nemesis Daemon hammer, a Nemesis warding stave, two psycannons, a psilencer and an incinerator.

This multi-part plastic boxed set contains 236 components and 10 Citadel 32mm Round bases with which to make a Grey Knight Strike Squad.