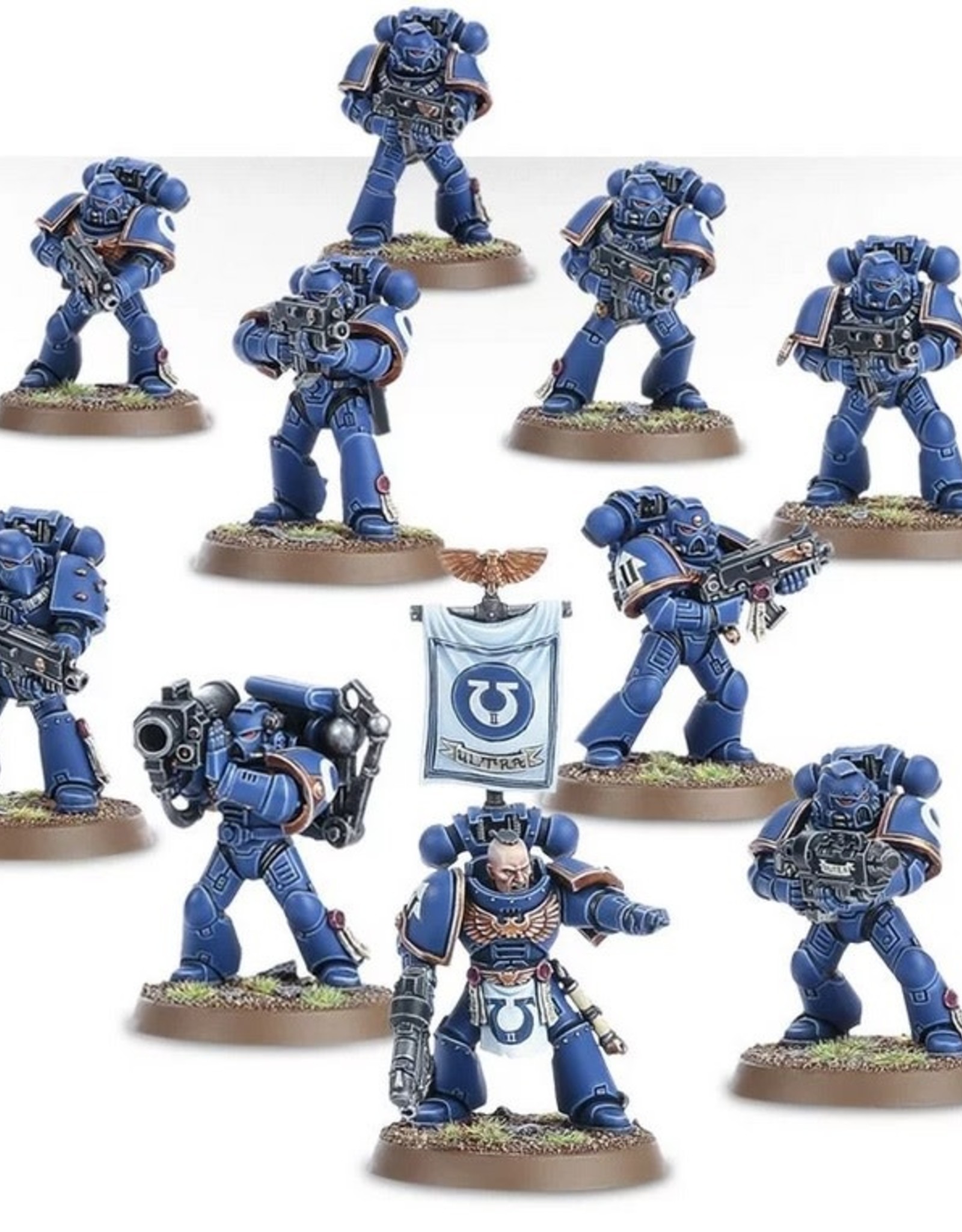 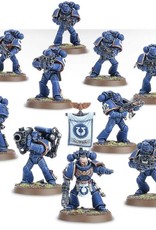 In order to build the Tactical Squad you get 11 torso fronts (of which 10 are unique designs); 10 different leg poses; 16 different heads (13 with helmets, 3 bare-headed); 22 shoulder pads; 10 backpacks (of which 9 are individual designs); and 10 sets of left and right arms.

There are 10 unique boltguns, a gravgun, a meltagun, a plasma gun, a flamer, a missile launcher (including backpack and spare missiles). The squad Sergeant can be armed with a combination of power fist, power sword or chainsword, and plasma pistol, grav pistol or bolt pistol. You can also make any 1 of the following combi-bolters – combi-grav, combi-melta, combi-plasma, or combi-flamer. The squad can also be armed with a melta bomb, a selection of combat knives, and enough Frag and Krak grenades to arm each Space Marine.

As if that wasn’t enough, you also get: a back banner for the squad sergeant (with the choice of 3 different banner tops); a holstered bolt pistol; targeting scopes for the boltguns; parchments and purity seals; ammo pouches; an auspex; and 3 spare hands (1 pointing, 1 holding a grenade, and 1 holding a boltgun cartridge).

This plastic kit contains 179 components with which to make a 10 man Tactical Squad (and so much more!). Also included are 2 Ultramarines Infantry Transfer Sheet with which to add Chapter iconography and squad markings.