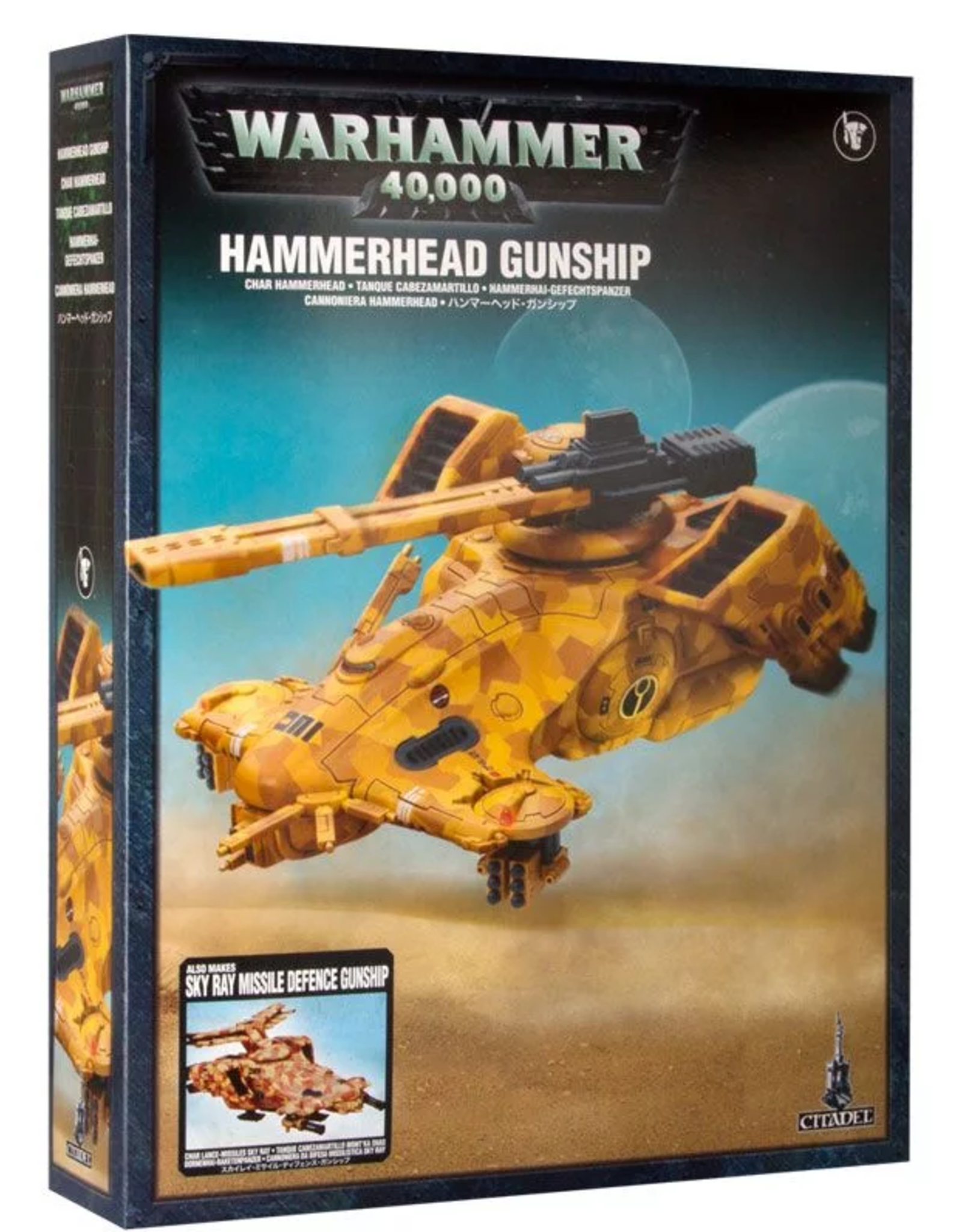 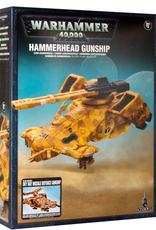 The Hammerhead Gunship kit is an impressive centrepiece to a collection of T'au Empire miniatures. Notable about the kit is the laterally extended nose, the tips of which can feature a pair of burst cannons or smart missiles systems. Its sleek panels curve up towards a wider body that can support a fearsome turret-mounted gun – either a railgun or ion cannon – which can swivel in different directions. It features two vectored engines, which can also be tilted at various angles. The kit also comes with a pair of optional weapon upgrades in the form of powerful seeker missiles.

This multipart plastic kit contains 88 components and a T'au transfer sheet, and can be assembled as either a Hammerhead Gunship or a Sky Ray Gunship.