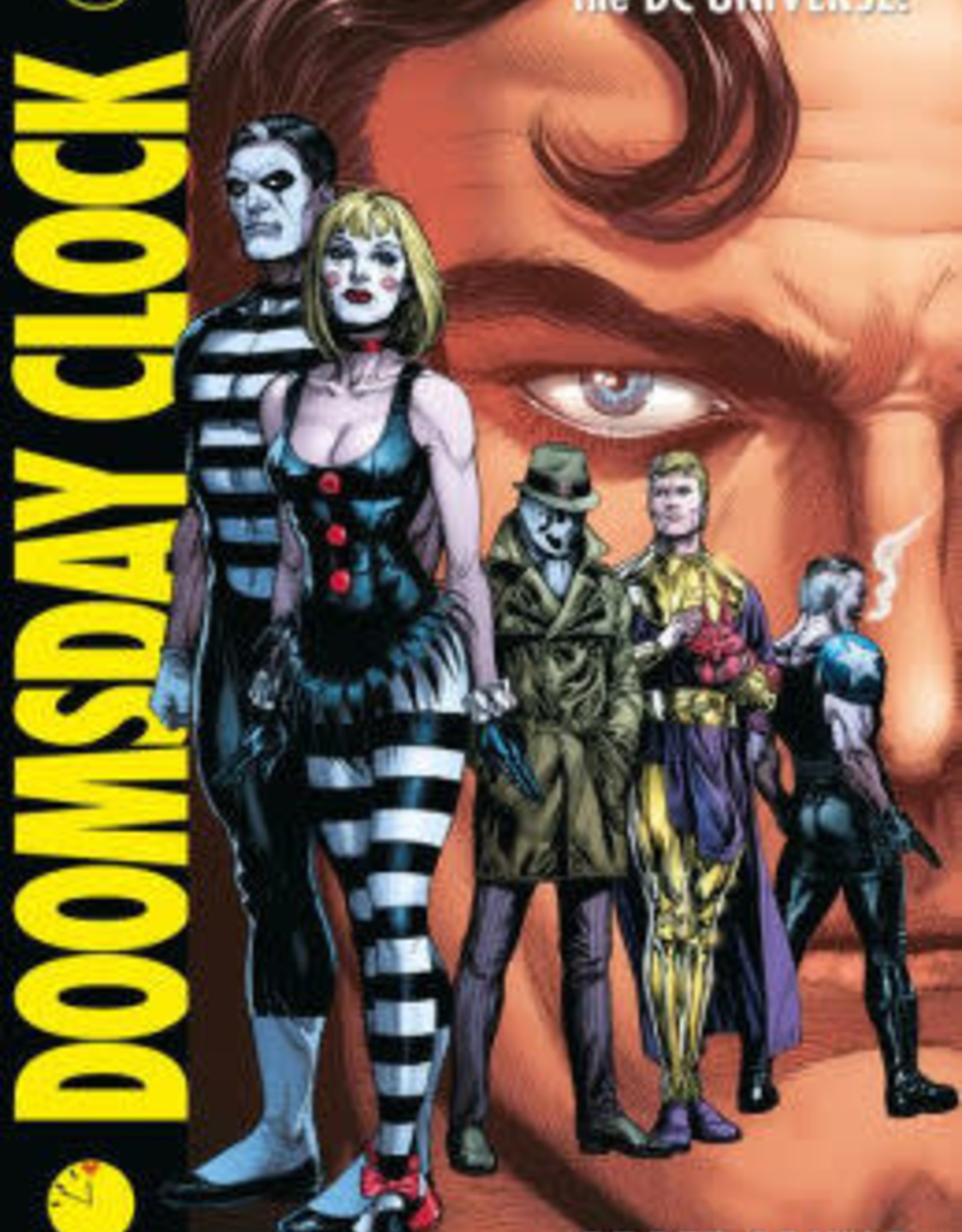 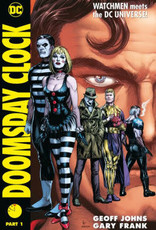 The world of Watchmen collides with the DC Universe in the most shocking story in DC history! Written by master storytellers Geoff Johns and Gary Frank--As the Doomsday Clock ticks toward midnight, the DC Universe will encounter with its greatest threat: Dr. Manhattan. But nothing is hidden from Manhattan, and the secrets of the past, present and future will leave ramifications on our heroes lives forever.

Seven years after the events of Watchmen, Adrian Veidt has been exposed as the murderer of millions. Now a fugitive, he has come up with a new plan to save his once-adoring world: find Dr. Manhattan. Alongside a new Rorschach and the deadly Mime and Marionette, he arrives in the DC Universe and finds it on the brink of collapse. International tensions are running rampant with The Supermen Theory implicating the U.S. government in creating superhumans to maintain global dominance! But what is Dr. Manhattan doing in the DC Universe? And how is he related to the events of DC Universe: Rebirth and Batman/The Flash: The Button?