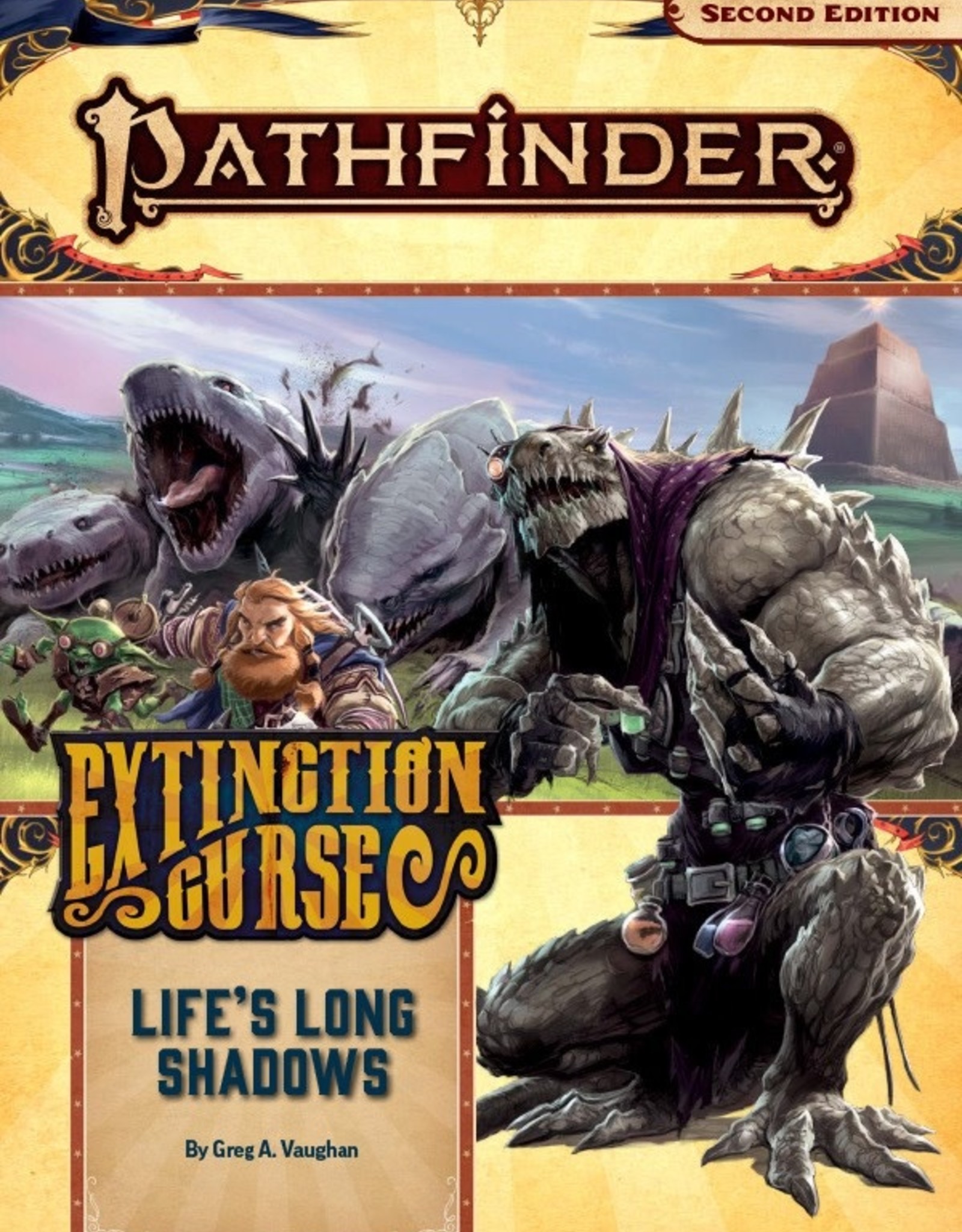 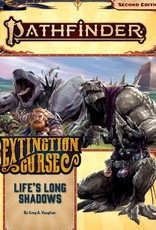 Fresh from their successes in Escadar, the heroes bring their traveling circus to the Isle of Kortos—the so–called Starstone Isle at the heart of the Inner Sea. As their circus tours the farming communities in the breadbasket known as the Swardlands, the heroes get a chance to explore the three aeon towers that impart enchanted bounty to the land. Yet all is not well in the Swardlands, as ecological damage and raiding beasts threaten the hardworking farmers and loggers. The heroes must overcome the aeon towers' stony guardians, entrenched xulgath hordes, and a zealous dero murderer before they can confront the xulgaths' alchemist leader and disrupt his disastrous scheme to use the aeon towers to bring ruin to everyone on the island!

"Life's Long Shadows" is a Pathfinder adventure for four 9th–level characters. This adventure, from author Greg A. Vaughan, continues the Extinction Curse Adventure Path, a six–part, monthly campaign in which the heroes lead a traveling circus as they unravel a plot to eradicate all life from the islands of the Inner Sea. This adventure also includes information about the bountiful area known as the Swardlands and the malevolent demon lord Zevgavizeb, as well as new monsters and rules.