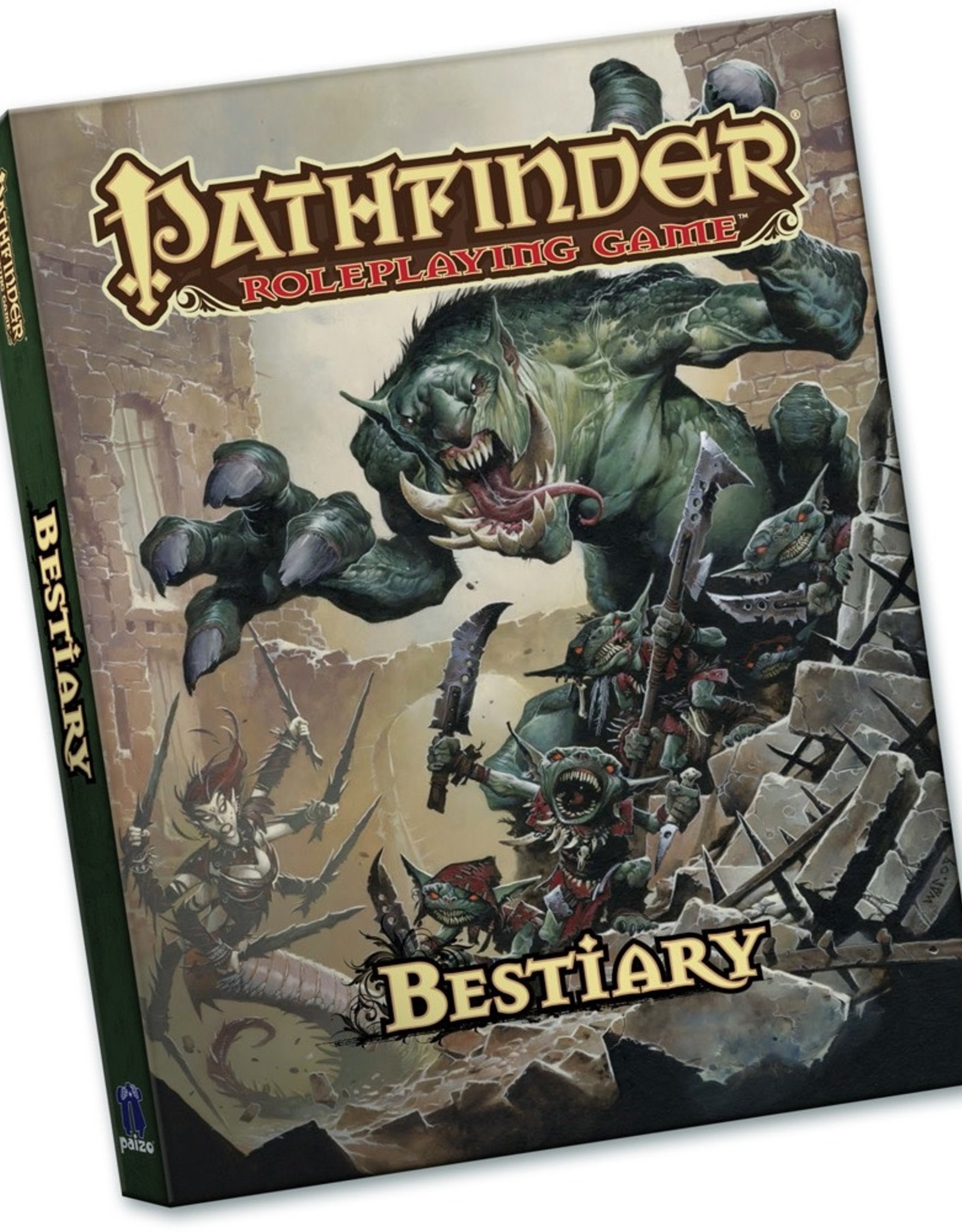 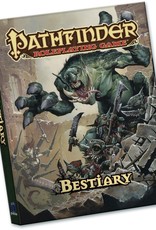 Here there be monsters!

What is a hero without monsters to vanquish? This 328-page book presents hundreds of different creatures for use in the Pathfinder Roleplaying Game. Within this tome you'll find fire-breathing dragons and blood-drinking vampires, vile demons and shapechanging werewolves, sadistic goblins and lumbering giants, and so much more! Yet not all the creatures in this book are enemies, for some can serve lucky heroes as allies or advisors, be they summoned angels or capricious nymphs. And it doesn't stop there—with full rules for advancing monsters, adapting monsters to different roles, and designing your own unique creations, you'll never be without a band of hideous minions again!

The Pathfinder RPG Bestiary is the must-have companion volume to the Pathfinder RPG Core Rulebook. This imaginative tabletop game builds upon more than 10 years of system development and an Open Playtest featuring more than 50,000 gamers to create a cutting-edge RPG experience that brings the all-time best-selling set of fantasy rules into the new millennium.