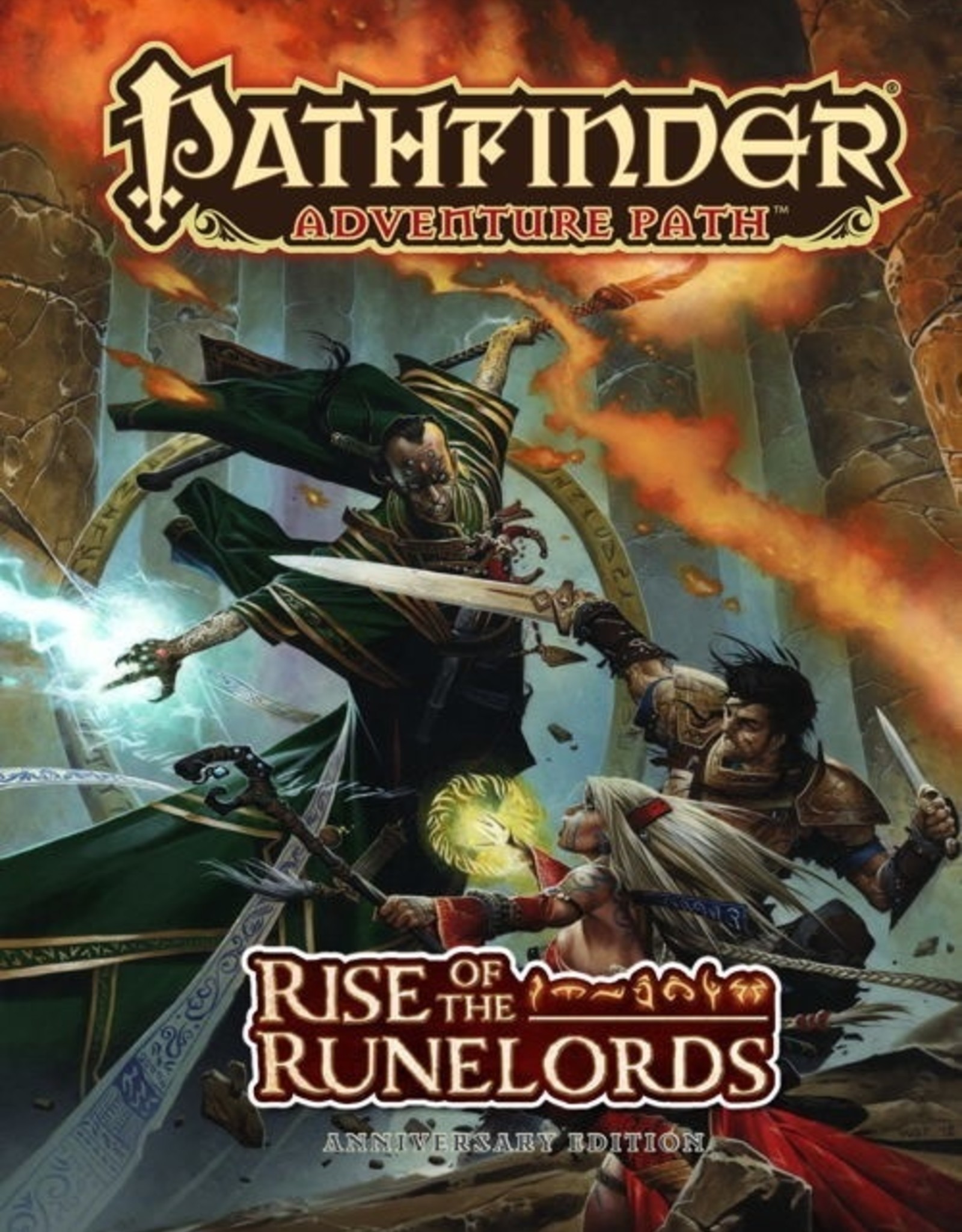 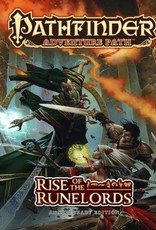 In the sleepy coastal town of Sandpoint, evil is brewing. An attack by crazed goblins reveals the shadows of a forgotten past returning to threaten the town—and perhaps all of Varisia. The Rise of the Runelords Adventure Path begins with this goblin raid and takes players on an epic journey through the land of Varisia as they track a cult of serial killers, fight backwoods ogres, stop an advancing army of stone giants, delve into ancient dungeons, and finally face off against a wizard-king in his ancient mountaintop city. This hardcover compilation updates the fan-favorite campaign to the Pathfinder Roleplaying Game rules with revised and new content in more than 400 pages packed with mayhem, excitement, and adventure!

Celebrating both the fifth anniversary of the Pathfinder Adventure Path and the tenth anniversary of Paizo Publishing, this new edition expands the original campaign with new options and refined encounters throughout, incorporating 5 years of community feedback.

The Rise of the Runelords Anniversary Edition contains: