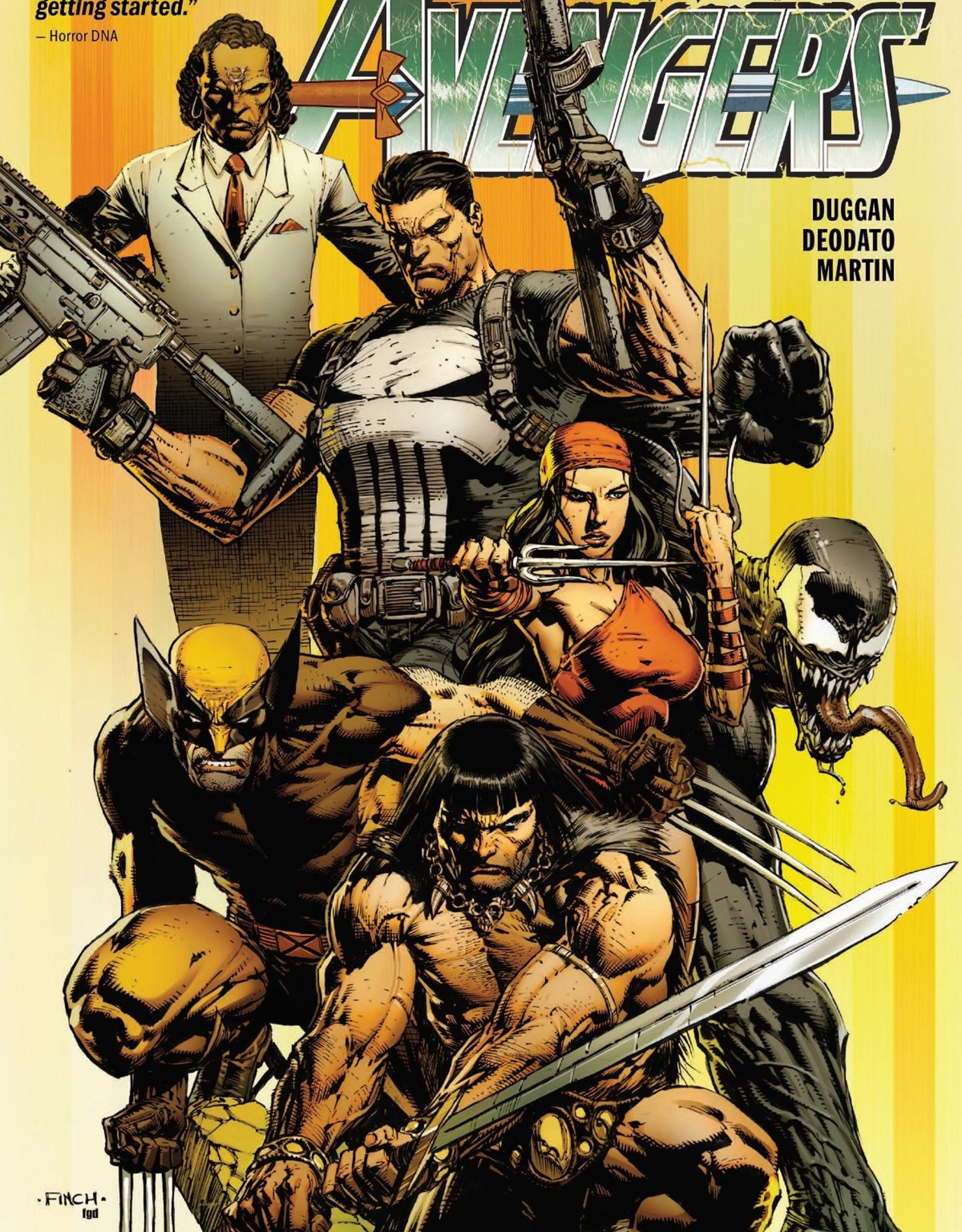 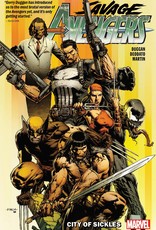 Collects Savage Avengers #1-5 and material from Free Comic Book Day 2019 (Avengers/Savage Avengers) #1. The most vicious team of antiheros in the Marvel Universe assembles! Wolverine! Venom! Elektra! Punisher! Doctor Voodoo! And in their midst — Conan the Barbarian! That’s right, the Cimmerian has arrived in the Marvel Universe — and his new adventures begin here! The deadly ninja army known as the Hand has teamed up with the evil wizards of the Hyborian Age to summon a death god from a celestial hell. The only thing standing between Earth and destruction is the Savage Avengers! Conan discovers a dark secret squirming in a genie bottle. Logan donates blood, changing one Avenger forever. Elektra tries to corral them all into an effective fighting force. And the Punisher desperately searches for his disinterred family! Plus: Conan hefts a deadly new savage sword! The Savage Avengers are fighting to save you!